Below is a list of the FAQs which we have received and answered. If you have a question which you feel should be on this list, please submit it to us at faq@chelmsforddogassociation.org.

Q: Why are the FAQs so bare right now?
A: Questions (and answers) will be added as they are presented. The Dogs FAQ will be updated as time allows.

History of the CDA

The Chelmsford Dog Association (CDA) was organized in 2009 by several Chelmsford residents.
The primary goal of the CDA, when formed, was to promote responsible dog ownership, educate dog owners (and others) and spearhead the construction of an off-leash dog park in Chelmsford, MA.

The Chelmsford Dog Association (CDA) was organized in 2009 by several Chelmsford residents.

The primary goal of the CDA, when formed, was to promote responsible dog ownership, educate dog owners (and others) and spearhead the construction of an off-leash dog park in Chelmsford, MA.

In 2012, the CDA officially formed as a non-profit corporation and received IRS approval as a 501(c)(3) charitable community organization in 2013.

Although the membership remained small, the core members and board of directors ran fund-raisers, met with town officials, found an acceptable site and won a grant from the Stanton Foundation to build the park.

The agreement with the town was that park would be granted use of the land (2 acres) on the grounds of a former DPW site but that the CDA would maintain the park.

The CDA continued to maintain the park solely through volunteer efforts and donations from CDA members and other park goers.

In December 2019, the CDA decided to split the organization in order to separate the tasks of their charter. The CDA was to remains dedicated to supporting local dog owners in all ways, including community outreach and education while the Friends of the Chelmsford Dog Park (FCDP) was to take on the role to work with the Town of Chelmsford (through the Town’s Dog Park Advisory Committee (DPAC)) for maintenance and development of the park itself.

For 2020, the CDA focused  on the second half of their charter: Supporting and educating dog owners and will be doing Comunity outreach and holding seminars on various dog-related topics. However, as of May 31, 2021,t he FCDP decided to dissolve and, after discussion with the DPAC, handed the responsibility for the maintenance of the Chelmford Dog Park back to the CDA.

The park is currently: OPEN
(Dawn to Dusk) 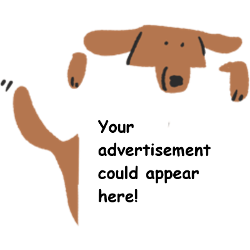